Trump Selects His Anti-Peace Bankruptcy Lawyer As Ambassador To Israel

‘Trump’s approach to Israel-Palestine is going to really reinforce apartheid, promote annexation and not show any concern for the rights of Palestinians or for Israelis who really want peace,’ warned the director of Jewish Voice for Peace. AUSTIN, Texas --- President-elect Donald Trump has selected David Friedman, a notorious opponent of the peace process in Israel and Palestine and a financial supporter of illegal Israeli settlements, to be the next U.S. ambassador to Israel. Trump, who officially nominated Friedman on Dec. 15, is unlikely to quell the accusations of corruption

END_OF_DOCUMENT_TOKEN_TO_BE_REPLACED

The tax revenue from sales of legal cannabis in Colorado is expected to exceed the sales tax collected on cannabis in 2014 and 2015 combined. DENVER --- Legal cannabis is booming, and with Colorado netting $1 billion in legal, regulated sales in the first 10 months of 2016, the industry’s growth isn’t showing any signs of slowing. Sales of both recreational and medical cannabis hit $1.1 billion by October, according to analysis of sales data from the Colorado Department of Revenue. A

END_OF_DOCUMENT_TOKEN_TO_BE_REPLACED

As governor of Texas, Rick Perry continued to invest heavily in wind power and the transmission of renewable energy, a project that began under former Gov. George W. Bush. AUSTIN, Texas --- On Tuesday, Donald Trump announced Rick Perry, the avowed climate change denier and former governor of Texas, is headed to the White House as the president-elect's pick to head the Department of Energy. While Perry actually helped turn Texas into a leader in wind power generation, the name of the department he’s been tapped to

END_OF_DOCUMENT_TOKEN_TO_BE_REPLACED

The Hawaiian representative accused the U.S. government of routinely violating the law by ‘directly or indirectly supporting allies and partners of groups like al-Qaida and ISIS with money, weapons, intelligence and other support in their fight to overthrow the Syrian government.’ AUSTIN, Texas --- Rep. Tulsi Gabbard, a Democrat from Hawaii, is spearheading a bipartisan effort to force the United States to stop arming extremist groups in Syria. The bill, known as the Stop Arming Terrorists Act, would make it illegal for U.S. funds to be spent in ways that directly or indirectly support terrorist groups such as al-Qaida

END_OF_DOCUMENT_TOKEN_TO_BE_REPLACED

Police Killings Down In 2016, But Activists Fear Trump Could Reverse The Trend

‘We can anticipate draconian policy changes and the rolling back of hard-won civil rights under the incoming Trump administration,’ wrote Candice Bernd, an activist and reporter at Truthout. AUSTIN, Texas --- Available data suggests that fewer people have died from police violence in 2016 than in 2015, but some police reform activists are concerned that this trend won’t survive the administration of President-elect Donald Trump. At least 1,000 people have been killed by police in 2016, though the lack of available federal data

END_OF_DOCUMENT_TOKEN_TO_BE_REPLACED

‘Democracy should be all about transparency and accountability and voter participation. What we see in the recount is exactly the opposite,’ the Green Party’s presidential candidate tells MintPress News. Update Dec. 12, 2016: On Monday, a judge rejected Jill Stein's request for a recount in Pennsylvania.     AUSTIN, Texas --- Despite numerous obstacles ranging from the financial to the political, Green Party presidential candidate Dr. Jill Stein is pushing forward with a controversial recount campaign. “This is not what democracy looks

END_OF_DOCUMENT_TOKEN_TO_BE_REPLACED

‘The Post, which did not name any of the sites, does not itself vouch for the validity of PropOrNot’s findings regarding any individual media outlet,’ a new editor’s note on the controversial story asserts. 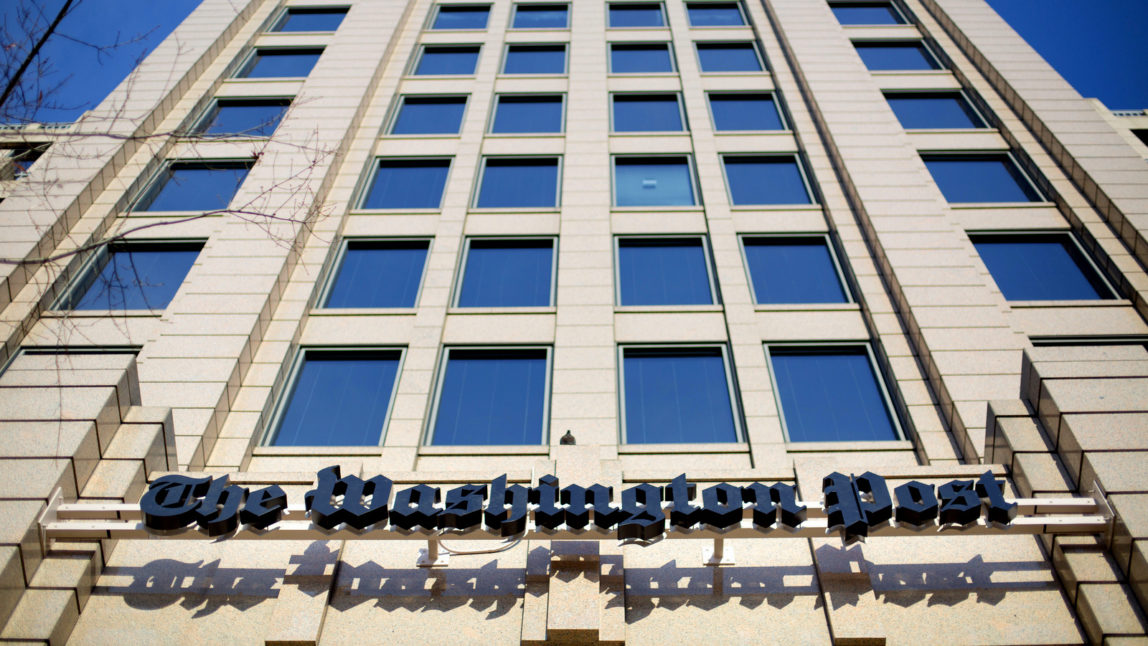 AUSTIN, Texas --- Amid a wave of widespread criticism and legal threats, the Washington Post has added a lengthy editor’s note to an article which alleged that a host of independent media websites were spreading Russian propaganda. https://twitter.com/BenjaminNorton/status/806638830015156225 The article, written by Craig Timberg and published