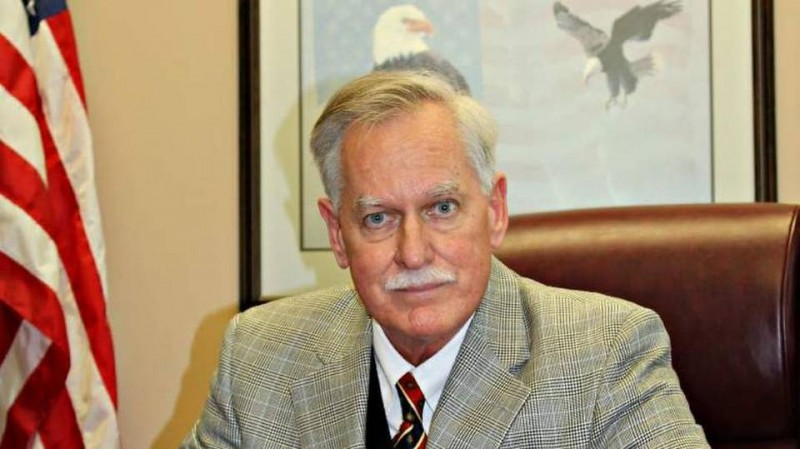 Former congressional candidate Robert Doggart admitted in court that he planned to massacre of village of mostly Muslims in upstate New York.

: Former congressional candidate Robert Doggart admitted in court that he planned to massacre a village of mostly Muslims in upstate New York.

Robert Rankin Doggart, a former candidate for Congress, admitted in federal court to “plotting the annihilation” of a village in New York that is home to many Muslims. Doggart’s plans included “burning down a school, a mosque and a cafeteria,” according to the criminal complaint.

“We’re gonna be carrying an M4 with 500 rounds of ammunition, light armor piercing. A pistol with three extra magazines, and a machete. And if it gets down to the machete, we will cut them to shreds,” Doggart allegedly said according to the transcript of a wiretap cited in the complaint. He also allegedly tried to recruit other individuals to participate in his plot through a Facebook group.

As part of a plea agreement, Doggart pled guilty to “interstate communication of threats” and faces up to five years in prison. He was in jail awaiting final sentencing.

But a federal judge, Curtis Collier, may not accept the guilty plea. He’s ordered the prosecution and defense to produce briefs proving that Doggart was a “true threat.” Meanwhile, a different federal judge, Magistrate Susan K. Lee, released Doggart from jail “into the custody of two family members.”

Lee had previously found that Doggart was a “danger to the community.” The government appealed the decision to release Doggart to Judge Collier, who affirmed Lee’s decision.

Doggart’s release has drawn criticism from the Council on American-Islamic Relations (CAIR), a Muslim advocacy group. “It is deeply troubling that an individual who has admitted to planning a religiously-motivated terror attack on American Muslims is now free, while the intended targets of his plot remain unprotected,” CAIR National Executive Director Nihad Awad said in a statement. CAIR had previously criticized the prosecutor’s decision not to treat Doggart’s conduct “as an act of terrorism and to charge the alleged organizer of the attack as a terrorist.”

According to the Southern Poverty Law Center — and academics studying the issue — the United States has focused on combating Islamic extremism but given short shrift to other threats like domestic attacks by right-wing radicals. Since 9/11, “more people have been killed in America by non-Islamic domestic terrorists than jihadists.”

«Man Admits To Plotting To Massacre Muslims, Judge Sets Him Free Anyway» was originally published by ThinkProgress, a project of the Center For American Progress Action Fund.