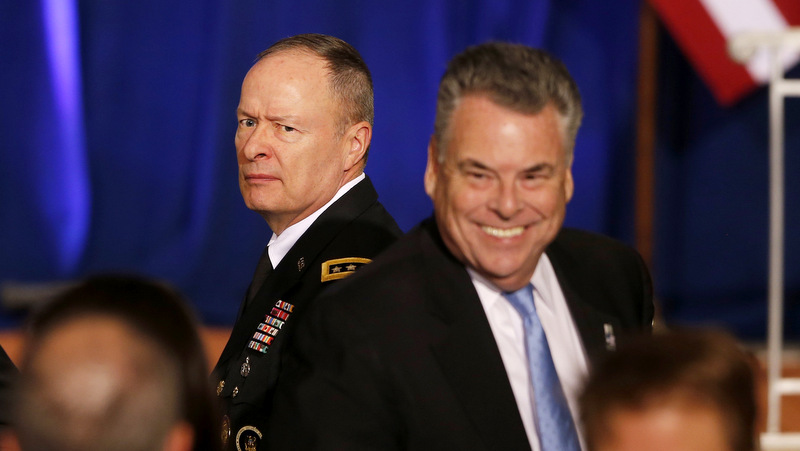 Still facing the fallout from Edward Snowden’s revelations about the workings of the National Security Agency, Army Gen. Keith Alexander, outgoing director of the NSA, is using the time he has left in his tenure to rein in the U.S. media.

While speaking at a cybersecurity panel last week, Alexander said legislation that would make it a crime to report on government leaks could reach Congress within weeks, The Guardian reported.

Speaking about British authorities’ temporary detention of David Miranda in connection to the Snowden leaks, Alexander noted that a panel of judges later ruled that Miranda’s detention was legal.

He summarized their position, saying, “journalists have no standing when it comes to national security issues. They don’t know how to weigh the fact of what they’re giving out and saying, is it in the nation’s interest to divulge this,” the Guardian reported.

“And I just put that on the table because that’s a key issue that we as a nation [are] going to face. My personal opinion: these leaks have caused grave, significant and irreversible damage to our nation and to our allies. It will take us years to recover,” he said.

“I think we are going to make headway over the next few weeks on media leaks. I am an optimist,” he later said, hinting at legislation currently being hashed out to muzzle the press.

He also suggested that such legislation could pave the way for future laws restricting the Internet, as well.

“I think if we make the right steps on the media links legislation, then cyber legislation will be a lot easier,” The Guardian quoted him as saying.

However, if passed, any such laws would be enforceable only within American borders. Foreign media would still be free to publish material they deem of interest to national security, as in the Guardian-Snowden partnership.

But the idea of tackling the Internet has proven folly in the past, according to DigitalJournal.com.

“Cyber legislation has been defeated every time it has been introduced,” the website reported last week. “The Stop Online Piracy Act (SOPA) and the Protect IP Act (PIPA) were crippled after activists came from all corners of the internet to call, email, and generally harass members of congress.”

Officials with the NSA later softened Alexander’s tone, telling The Guardian that the general was using the phrase “media leaks legislation” to intone a swathe of “legislative options to restructure the bulk collection of domestic phone call data.”

The general is due to retire in several weeks, agencies reported, so it’s not clear if his rogue statements are creating friction with the White House, which has already had to answer for spying on AP reporters last year.

Alexander told The Guardian he is due for a meeting at the White House to discuss possible changes to the NSA’s mass collection of phone records in the U.S., though he had previously stated that the NSA only collected metadata related to terrorism.

Speaking to The New York Times in October about the NSA’s expansion into cyberdefensive and cyberoffensive programs, Alexander said, “Given where we are and all the issues that are on the table, I do feel it’s important to have a public, transparent discussion on cyber so that the American people know what’s going on. And in order to have that, they need to understand the truth about what’s going on.”

Alexander further stated that the NSA would never employ software tools and electronic weapons being developed by the U.S. for surveillance on Americans unless the nation was in a state of war, or defending itself from attacks, or trying “to achieve some really important thing for the good of the nation and others.”

It could be the ambiguity at the end of his quote that has media advocates worried as he lobbies to curtail the freedoms of the American press.