Hawaii has become the first state to officially begin exploring the possibility of a universal basic income (UBI) after a bill requesting the creation of a "basic economic security working group" recently passed both houses of the state legislature. A UBI would, if passed, guarantee every resident a fixed income, regardless of their employment

END_OF_DOCUMENT_TOKEN_TO_BE_REPLACED

«It’s disenfranchising people who are not of the majority race or majority religion. It puts them in a place that smears their culture or a religion that is not accepted by everyone else. And that’s wrong» 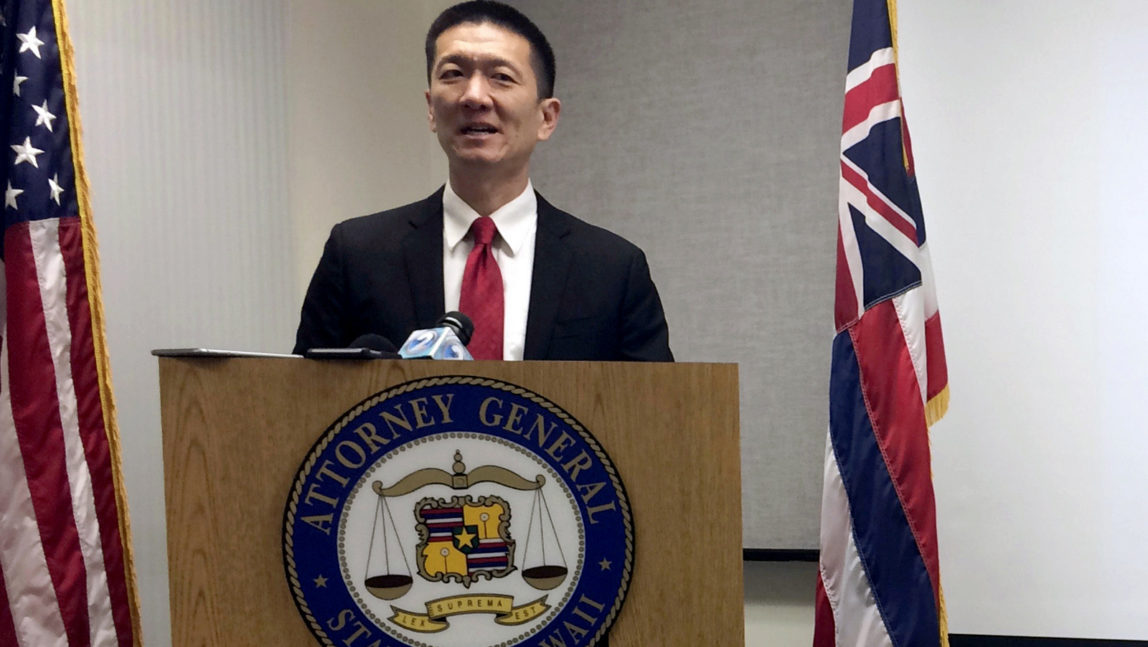 (REPORT) --- Hawaii filed the first legal challenge to President Donald Trump's revised travel ban on Tuesday, asking a judge to temporarily block his executive order the day after it was signed. The court filing from the office of Hawaii Attorney General Doug Chin argues that the ban—which blocks travelers from six majority-Muslim countries

END_OF_DOCUMENT_TOKEN_TO_BE_REPLACED

Sowing And Spraying Trouble In Paradise: How GMOs Are Destroying Kauai

Big Agriculture is wearing out its welcome on the Hawaiian island of Kauai, which is being used a major testing ground for genetically modified seeds and pesticides. Back in 1970, Joni Mitchell tried to warn us about what would happen to “paradise” if corporate interests were put ahead of the environment and people’s health. She pleaded with farmers to “put away that DDT now.” “Give me spots on my apples, but leave me the birds and the bees, please,” she sang. But as residents of the Hawaiian island of

END_OF_DOCUMENT_TOKEN_TO_BE_REPLACED

People make their way into Terminal A at Mineta San Jose International Airport near the Hawaiian Airlines gates Monday, April 21, 2014, in San Jose, Calif. A 15-year-old boy scrambled over a fence at the airport, crossed a tarmac and climbed into a jetliner’s wheel well, then flew for five freezing hours to Hawaii, Sunday. […] KAHULUI, Hawaii — Surveillance cameras at San Jose International Airport successfully captured the teenager on the tarmac, climbing up the landing gear of a jet. But in the end, the cameras failed because no one noticed the security breach until the plane — and the boy — landed in Hawaii. Although the 15-year-old apparently wanted nothing more

END_OF_DOCUMENT_TOKEN_TO_BE_REPLACED

After years of investigations and legal battles, a court finds that a U.S. farm labor contractor’s operations were rife with discrimination, abuse and intimidation.

LOS ANGELES -- Mordechai “Motty” Orian thought he had found the answer to his agricultural labor contracting problems. Workers from Thailand that he brought into the United States would be far less likely, he believed, to complain or abscond than those from other countries such as Mexico, China and Nepal, enabling him to meet the labor demands of

END_OF_DOCUMENT_TOKEN_TO_BE_REPLACED

Although the new policy fix is available to any state, Republican governors basically defaulted to federal control of online sign-ups in their states. WASHINGTON (AP) — States that have experienced technical problems running their own health care enrollment websites are getting some help from the Obama administration. The administration quietly issued a health law fix Thursday to help those states. Several Democratic-led states, including Oregon, Maryland, Massachusetts and Hawaii, are still