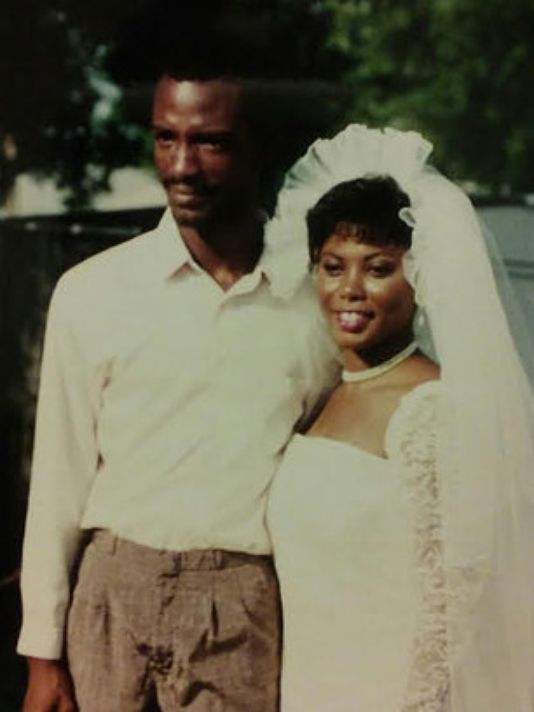 Linwood Lambert, 46, was tased over 20 times in thirty minutes by police the night he died. (Photo: Gwendolyn Smalls)

A hearing in a wrongful death lawsuit for a man who died in police custody begins Thursday in Virginia.

Linwood Lambert, 46, was tased over 20 times in thirty minutes by police the night he died, according to Joe Messa, an attorney for the Lambert family. Lambert’s sister, Gwendolyn Smalls, filed the $25 million wrongful death lawsuit against police this summer.

«There is no circumstance under any standard where anyone should be tased the number of times or the length of time that Mr. Lambert was tased,» Messa told USA TODAY Network.

New video of the 2013 incident first obtained by MSNBC shows that Lambert was picked up by police at 5 a.m. on May 4. Police had received a noise complaint from the hotel he was staying at in South Boston, Va.

Lambert was acting delusional and complaining about dead bodies in his room, so the three responding officers decided to take him to the emergency room for medical attention, according to police reports obtained by MSNBC.

Police handcuffed Lambert and drove him to the hospital. Video of the incident shows one of the three officers calling ahead to make sure a mental health worker is at the hospital when they arrive.

During the ride, Lambert became agitated and when the car stops at the hospital video shows Lambert using his legs to kick out the windows. In the video, an officer yells, «Quit kicking the window.»

The video shows Lambert trying to run away from police and slamming into the emergency room’s glass doors.

During the incident, Lambert appears subdued on the ground and tells police he used cocaine earlier in the night. As Lambert lies on the ground outside of the hospital, police arrest him for disorderly conduct and destruction of property. Instead of taking him into the hospital to receive care they put him back into the police car.

During the incident Lambert repeatedly asked police to stop. «Why are you trying to kill me man,» Lambert said in the video. «Please don’t do this to me.»

During the ride to the police station, Lambert appears to be unconscious and the officers realize he is in distress. An ambulance is called to take him back to the hospital and he is pronounced dead at 6:23 a.m., according to MSNBC. The medical examiner said Lambert died of «acute cocaine intoxication,» CNN reported.

The autopsy concluded that Lambert had «less than 0.01 mg/L» of cocaine in his system, MSNBC reported.

That’s a relatively low amount of cocaine, but could still account for an overdose, Lewis S. Nelson, a toxicologist and emergency specialist at NYU Langone medical center, told MSNBC.

«Having a level of 5 mg/L or higher would be more consistent with death due to cocaine intoxication,» Nelson told MSNBC.

«The deployments of Tasers when a subject has become violent, causing damage to property and placing the safety of persons at risk, as was the case with Linwood Lambert Jr., is appropriate and necessary use of force,» according to the response.

The case has been under investigation by Halifax County attorney Tracy Quackenbush Martin since 2013, according to Lambert family attorneys.

No one has been charged in Lambert’s death.