Robert Lewis on how his reporting triggered an internal investigation of suspicious dealings made by active-duty New York police officers. END_OF_DOCUMENT_TOKEN_TO_BE_REPLACED

The award of $4.5 million by New York state is just part of a claim by a man who spent more than two decades in prison based on a dishonest prosecution. Ruddy Quezada, a 54-year-old man wrongfully convicted of a deadly drive-by shooting in 1993, has won a $4.5 million settlement from New York state, according to court papers. Quezada spent 24 years in prison for murder before winning his freedom in 2015 when, after decades of failed appeals, the Brooklyn district attorney's office conceded that

END_OF_DOCUMENT_TOKEN_TO_BE_REPLACED

Yet Another Scandal Rocks Utah Home For Vulnerable Children

Police raided the home after an employee reported sex among residents and misconduct by staff. In 2014, an employee at a group home for troubled children in Utah said they informed superiors that a staff member was having sex with one of the boys the home was charged with safeguarding. When nothing happened, the employee helped alert local child welfare officials, and the staff member was eventually charged and convicted of sexual

END_OF_DOCUMENT_TOKEN_TO_BE_REPLACED

Prosecutors in New York use what are known as material witness orders to compel testimony from reluctant witnesses in criminal trials. The 20-year-old document – labeled the Hotel Custody log by the Brooklyn District Attorney’s office – is not easy to decipher. It contains a list of New York City hotels beside columns labeled “Date In” and “Date Out.” There are names of individual prosecutors and the units they worked for at the district attorney’s office. A spokesman for the

END_OF_DOCUMENT_TOKEN_TO_BE_REPLACED

The lawsuit further alleges that Brooklyn’s DA ran an office that overlooked, condoned and even rewarded misconduct by its prosecutors. For more than two years, Jabbar Collins and his lawyer have pursued a multi-million dollar wrongful conviction lawsuit against New York City. They have unearthed what they claim is damning evidence of misconduct by prosecutors in the office of Brooklyn District Attorney Charles J. Hynes. They have obtained a sworn affidavit from a man who said he

END_OF_DOCUMENT_TOKEN_TO_BE_REPLACED

Who Polices Prosecutors Who Abuse Their Authority? Usually Nobody

U.S. Attorney Preet Bharara addresses a news conference, in New York, Tuesday, April 2, 2013, to explain that a New York state lawmaker was arrested Tuesday along with several other politicians, in an alleged plot to bribe his way into the race for mayor of New York City. Democratic state Sen. Malcolm Smith tried to […]

The murder case against Tony Bennett seemed pretty straightforward. Shortly before midnight on May 7, 1994, police found a 26-year-old man in the foyer of an apartment building near Flushing, Queens. Jake Powell was near death, blood pouring from a gunshot wound, but he managed to speak the name of the man who had shot him: "Tony

END_OF_DOCUMENT_TOKEN_TO_BE_REPLACED

West Point cadets man a checkpoint during a training scenario. (AP Photo/Richard Drew) By Joaquin Sapien, ProPublica, and Daniel Zwerdling, NPR This story was co-produced with NPR and is slated to air on All Things Considered. (Check local listings.) It was also co-published with Stars and Stripes. A new military study has found that almost 6 percent of soldiers who took […] 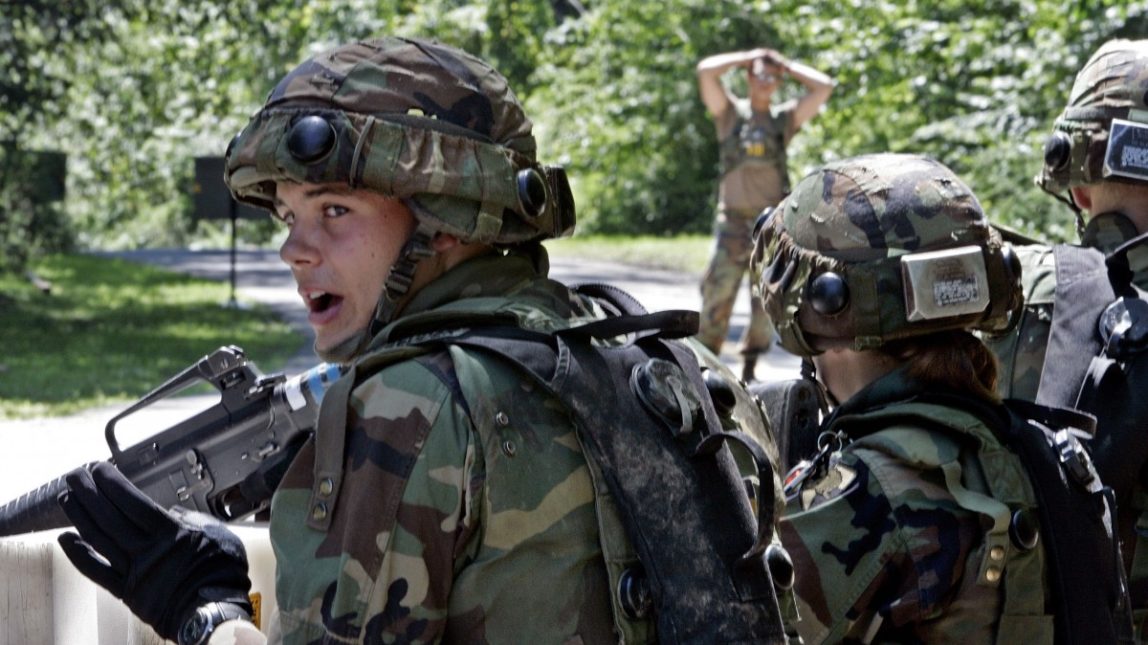 By Joaquin Sapien, ProPublica, and Daniel Zwerdling, NPR This story was co-produced with NPR and is slated to air on All Things Considered. (Check local listings.) It was also co-published with Stars and Stripes. A new military study has found that almost 6 percent of soldiers who took hand-to-hand combat courses at a Texas Army base were