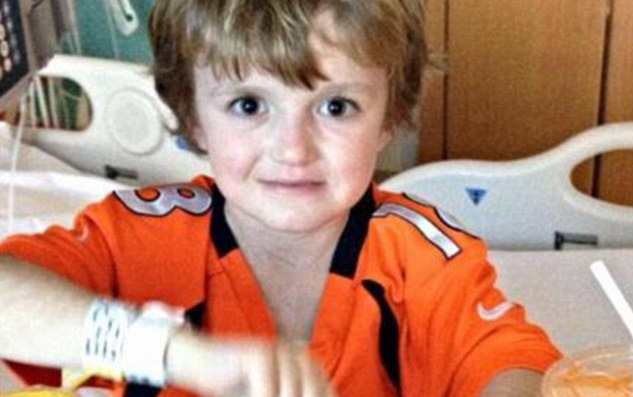 March 14, 2014 update: Since this article was published, Chimerix has provided Brincidofovir to Josh Hardy as the first patient in its new open-label study in patients with adenovirus infections.

As seven-year-old Josh Hardy lies in a bed in St. Jude’s Hospital in Memphis, a drug maker is refusing to give him the medicine that could potentially save his life.

Hardy is currently in an intensive care unit because of a virus that is causing heart and kidney failure, CNN reported on Tuesday. The medicine he needs, called Brincidofovir, is not yet available to the public.

Chimerix, the drug’s manufacturer, isn’t refusing the boy the medicine because it’s caught up in red tape. In fact, the FDA has approved the use of experimental drugs or drugs not yet available on the public market among critically-ill patients.

Instead, the company says it cannot give Josh the drug because of the volume of requests it would receive if they helped one, well-publicized patient.

“If this were just one patient wanting this drug, then this would be a very different question,» Kenneth Moch, Chimerix’s president, told CNN. “But it’s yes to all or no to all.”

That does little to comfort the Hardy family, who are pleading for Moch’s help.

“Our son will die without this drug,” Todd Hardy, Josh’s father, told CNN. “We’re begging them to give it to us.”

Chimerix is in the final stages of getting Brincidofovir to the market by the end of 2016, CNN reported, and if they devote too much time to what are known as “compassionate use” cases, it could actually slow the process of getting FDA approval. The idea here is that giving drugs to save just a few lives now will hurt the lives of others down the road by impeding the FDA-approval process, which is critical to saving many more lives.

Per FDA requirements, Chimerix would specifically have to dole out “$50,000 per compassionate-use patient, since insurance doesn’t usually pay for experimental drugs, Moch said. And perhaps even more important than the money, it would divert manpower in this 50-person company, since they’d have to handle the requests and then get the patient’s records and follow up with them, as required by the FDA,” the CNN report explained.

The greater problem with compassionate use cases lies in ethical and medical dilemmas facing patients and their relatives, who also have to tackle the financial burden of health care costs.

According to medical ethicist Arthur Caplan, a professor at New York University Langone Medical Center, it’s not difficult to reason with both sides in this case, USA Today reported on Monday. Given that Chimerix is small company, they don’t have the resources or investor stability to do more ad hoc compassionate use cases.

“I have huge sympathy for the family,” he told the newspaper. “I think they are right to try and see what they can get for their child.”

On the flip side, for Chimerix, “dedicating staff, time and money to compassionate-use requests can slow down a push f

or a drug’s approval,” Caplan told USA Today, “and expose a company to added risks if people end up harmed by their experimental drugs outside of formal trials.”

A campaign of people informally dubbed “Josh’s Army” have been lobbying Chimerix’s Twitter account with hundreds of tweets meant to convince the drug maker to help the young boy. From 2009 to 2012, the company gave out Brincidofovir to 451 patients, CNN said, but that was during the drug’s research and development phases.

Unfortunately, even with the Hardy family’s pleas for help, Moch hasn’t changed his mind, the report said. He feels “horrible” about the whole situation, the cable network lamented.

Since Thursday, “thousands of people have e-mailed, called or otherwise contacted Chimerix to ask the company to make their drug available to Josh,” Moch told USA Today.

“We have have great compassion for this family,” Moch explained to USA Today. “But this is not just about a single boy.”

The family has taken their efforts to change the company’s mind to social networks, with a Facebook page titled “Save Josh” garnering more than 18,000 followers.

Josh has already survived four cancer diagnoses, along with a bone marrow transplant, which left his body susceptible to the virus that is currently taking over his body’s organs, CNN continued.