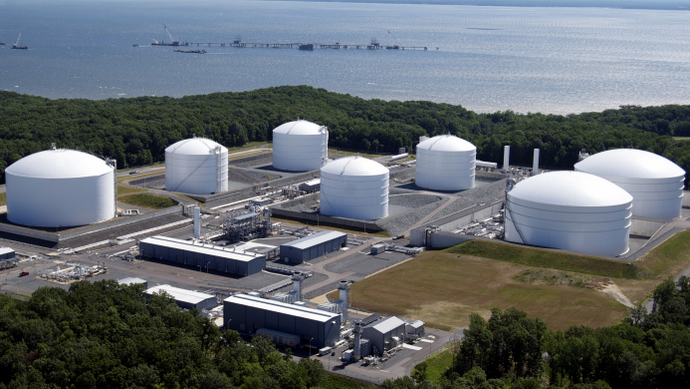 Environmental groups like the Chesapeake Climate Action Network and 350.org spent ample time and resources fighting against the expansion of LNG, particularly Cove Point, a controversial LNG export proposal from Dominion Resources less than 70 miles south of the White House

The U.S. House of Representatives on Wednesday passed a bill that will speed up the process of liquefied natural gas (LNG) exports.

Under the bill, sponsored by Rep. Cory Gardner (R-CO), the Department of Energy will have 30 days to approve LNG exports to non-Free Trade Agreement countries after an environmental review of the LNG facilities. The bill received bipartisan support, passing 266 to 150.

“The economic impacts alone make natural gas exports a winning policy, but the geopolitical impacts are an incredible benefit as well and have been ignored for far too long,” Gardner said, according to The Hill. “Allies around the world have told us that they would greatly benefit from American LNG. It is time to help our friends abroad. It is time to create jobs here at home.”

Opponents, however, say the jobs talk is used to cloud the government’s desire to expand fracking and natural gas. They fear more incidents like the LNG explosion near the Washington-Oregon border earlier this year when shrapnel struck a 14.6-million-gallon storage tank, causing a slow leak that displaced nearly 1,000 residents and workers.

Rep. Henry Waxman (D-CA), though, says speeding up the approval process is a different animal than actual construction.

Environmental groups like the Chesapeake Climate Action Network and 350.org  spent ample time and resources fighting against the expansion of LNG, particularly Cove Point, a controversial LNG export proposal from Dominion Resources less than 70 miles south of the White House. Earlier this month, a DOE report unintentionally showed that exporting LNG to Asia would be worse for the environment than building another coal-fired power plant in China.

Gardner is challenging U.S Sen. Mark Udall (D-CO) for his seat this fall. Udall introduced a similar LNG bill that makes the review period 45 days. The Senate Energy and Natural Resources Committee is expected to vote on Udall’s bill in the near future.

“Ultimately, LNG exports will increase demand for fracking in the United States,” Hauter said. “Hydraulic fracturing negatively impacts local communities, as it introduces a heavy amount of industrial activity that damages air, water, and public health. Over 420 communities in the U.S. have taken action against fracking. Proponents of fracking and LNG exports fail to explain how costly and challenging it will be for export facilities to process and ship LNG. Federal officials and the oil gas industry have grossly over-exaggerated the amount of gas under U.S. soil.

“We cannot allow the oil and gas industry to exploit our lands, communities and workers for the sake of profits.”