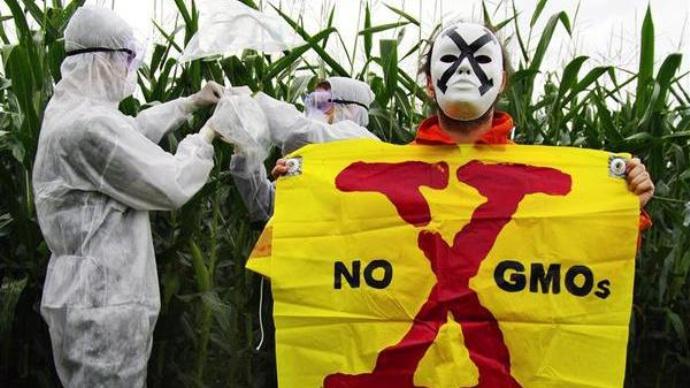 Monsanto is poised to begin planting genetically modified varieties of corn and cotton in Nigeria, provoking the outrage of millions.

In response to the biotech behemoth’s application for the release and marketing of the GMO crops in the West African nation, 100 non-profits representing over 5 million Nigerians on Monday presented the government with a formal objection (pdf).

«That NABMA is even considering this application is indeed unfortunate and deeply regrettable, knowing full well about the uncontrolled exposure that our rural farmers and communities living close to farms will be exposed to.»
—Mariann Orovwuje, Friends of the Earth International’s food sovereignty co-coordinator

The non-profits advocate for Nigerians from a wide swath of society—from teachers, pastors, and artists, to farmers, environmentalists, and domestic abuse survivors, among many others. The vast range of groups objecting to the Monsanto application, which was submitted last month, testifies to extent of the distrust toward genetically modified food in Nigerian society.

The groups «are particularly alarmed that [Monsanto’s] application has come so close after the dismal failures of Bt cotton in Burkina Faso,» wrote the environmental think tank Health of Mother Earth Foundation (HOMEF), which played a central role in drafting and organizing the objection.

Bt cotton is a bollworm-resistant variety of GMO cotton invented and patented by Monsanto, and after the biotech seed decimated Burkina Faso’s cotton industry that country decided this winter to phase it out of production.

Monsanto is requesting that Nigeria now allow it to be cultivated there, along with its so-called «Roundup Ready» version of weedkiller-resistant corn.

HOMEF director Nnimmo Bassey said, «We are totally shocked that [Monsanto’s application] should come so soon after peer reviewed studies have showed that the technology has failed dismally in Burkina Faso.

It has brought nothing but economic misery to the cotton sector there and is being phased out in that country where compensation is being sought from Monsanto.»

Bassey went on, «Since our Biosafety Act has only recently entered into force, what biosafety legislation was used to authorise and regulate the field trials in the past in accordance with international law and best biosafety practice?»

«Former President Goodluck Jonathan hastily signed the National Biosafety Management Bill into law, in the twilight days of his tenure in office. Further worrying is the apparent conflict of interests displayed by the Nigerian regulatory agencies, who are publicly supporting the introduction of GMOs into Nigeria whereas these regulators (the NAMBA) are legally bound to remain impartial and regulate in the public interest,» HOMEF writes.

Nigeria isn’t the only country where government officials expected to remain impartial lobby on behalf of corporate interests, of course.

The entry of GMOs into Africa was one put in place and advocated for by U.S. State Department officials, as Common Dreams reportedback in 2013.

The non-profits also point out in their objection that Monsanto’s «Roundup Ready» corn requires the toxic Roundup herbicide whose core ingredient, glysophate, is known to be extremely harmful to human health and the environment.

The statement from HOMEF described the threats Monsanto poses to Nigerians’ health, environment, and food system:

Monsanto’s application deceitfully provides no discussion on the potential risks of glysophate use to human and animal health and the environment. Apart from the potential of contaminating local varieties, the health risk of the introduction of genetically modified maize into Nigeria is enormous considering the fact that maize is a staple that all of 170 million Nigerians depend on.

The groups are urging the Nigerian government to reject Monsanto’s applications out of hand. They note with disquiet that there is a serious lack of capacity within Nigeria to adequately control and monitor the human and environmental risks of GM crops and glyphosate. Further there is virtually no testing of any food material and products in Nigeria for glyphosate or other pesticide residues, or the monitoring of their impact on the environment including water resources.

«Recent studies have linked glyphosate to health effects such as degeneration of the liver and kidney, and non-Hodgkin lymphoma,» added Mariann Orovwuje, Friends of the Earth International’s food sovereignty co-coordinator. «That NABMA is even considering this application is indeed unfortunate and deeply regrettable, knowing full well about the uncontrolled exposure that our rural farmers and communities living close to farms will be exposed to.»

Bassey, HOMEF’s president, has advocated against the GMO industry for years, and spoke at length about his strong objections to biotech crops and the specific threats he believes they pose to African countries in an interview with SarahaTV back in 2013. Watch it here: