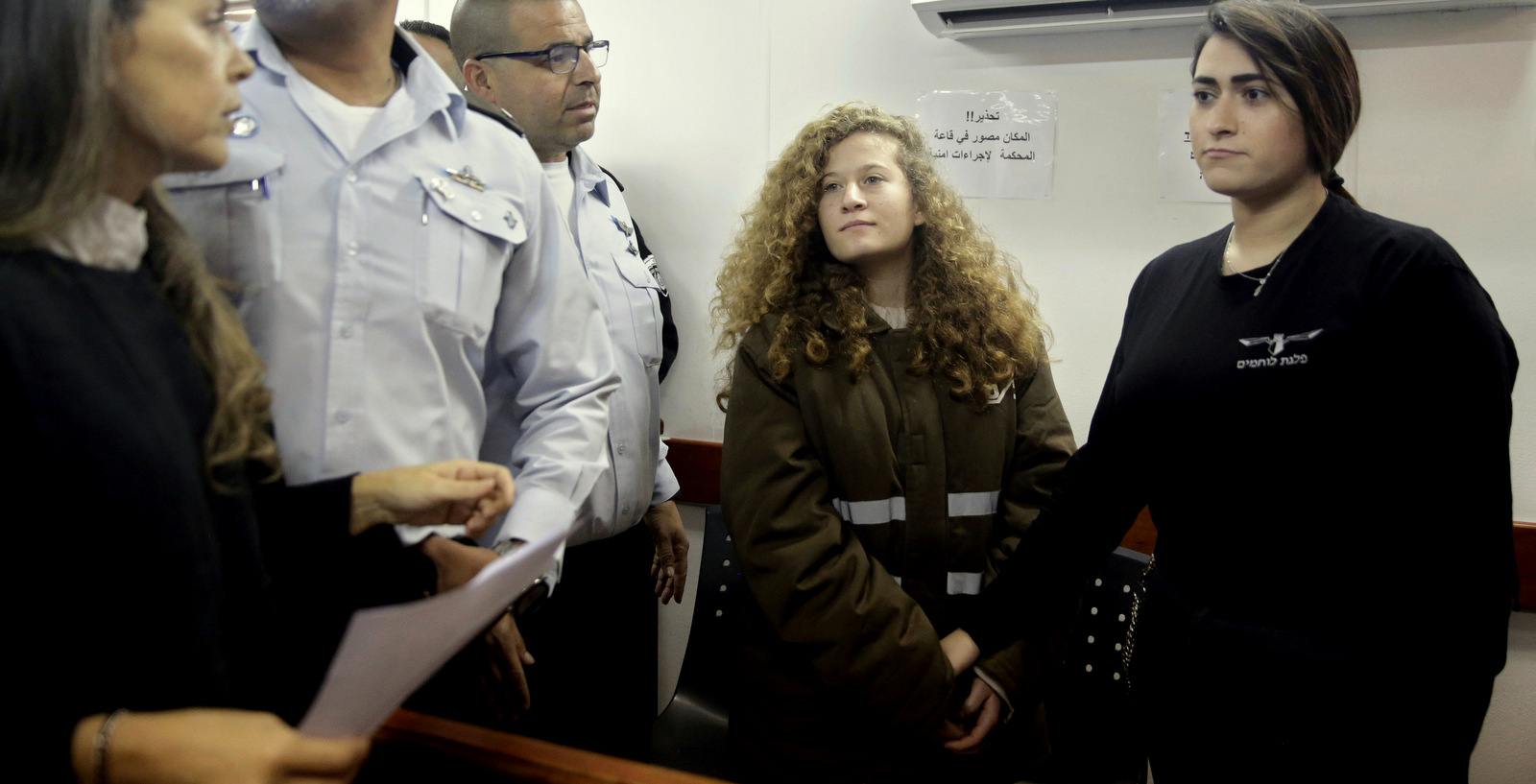 An Israeli court has postponed the trial of Palestinian teenager Ahed Tamimi and her mother to 6 February, according to the Palestinian Information Centre.

Israel’s Ofer military court, located west of the West Bank city of Ramallah, delayed the trial yesterday that was originally scheduled to take place to tomorrow.

Tamimi, a resident of Nabi Saleh in the occupied West Bank, was arrested after a video of her and her cousin forcing Israeli occupation forces off her family’s land went viral on social media.

The incident came moments after occupation forces shot her 14-year-old cousin in the head with rubber-coated steel bullets. The shot required dangerous surgery which involved removing part of the boy’s skull in order to take out the bullet.

Tamimi’s mother and father were subsequently arrested. Two of her cousins were also detained, one of whom was released pending bail.

Her detention has been extended four times. Tamimi and her mother are being charged with incitement, as well as for shoving soldiers and rock-throwing. Both will remain incarcerated until the end of the trial and could face up to ten years in prison.

Earlier this month a major from the Israeli army prosecution had countered to the Judea Military Court that Tamimi has “a pattern of lawbreaking” which required that she remain in detention until the end of her trial for shoving soldiers and rock-throwing.

Amnesty International has launched an urgent appeal demanding the immediate release of Tamimi, whom they say has suffered aggressive interrogations, sometimes at night, whilst her family has been threatened.

“Her trial before an Israeli military juvenile court is imminent, we must mobilize quickly and effectively,” the rights group said.

It has condemned the trial and the collective punishment imposed on other members of family and the designation of her home as a closed military zone.

“It was clear that she [Tamimi] posed no real threat to them [the soldiers] because they easily removed her, but now she could face up to ten years in prison, which is a grossly disproportionate punishment,” the organization said.

The Tamimi family of Nabi Saleh is well known internationally for their activism against the Israeli occupation. Their recent arrests have attracted messages of support from around the world.

Top Photo | Ahed Tamimi is brought to a courtroom inside the Ofer military prison near occupied Jerusalem, Jan. 15, 2018. (AP/Mahmoud Illean)